This is a quick story about a disconnect between policy and technology.

Water-sensitive Californians use a lot of artificial turf to reduce the environmental footprint of sports fields and lawns. Until recently, there were few sustainable options when the turf wore out. Some was repurposed into batting cages and groundcover. But eventually pretty much all of it was destined for landfills.

TenCate Grass is a large synthetic turf maker. They’re teaming up with ExxonMobil to recycle 50 aged turf fields, mostly from California’s high schools and colleges (including Stanford University). After collecting and shredding the turf, it will be recycled in California.

Oh, wait. That’s not right. Not in California.

Instead, the turf will be shipped to Texas where a company called Cyclyx prepares it for recycling. Then ExxonMobil processes the turf in its advanced recycling facility in Baytown, near Houston. The company’s technologies break down the turf into raw materials that can be made into brand new plastics.

Why not recycle artificial turf in California?

Well, in part because the typical method of advanced plastic recycling doesn’t count as recycling in California due to outdated regulations. Unfortunately, this shortcoming will make it much harder for the state to meet its ambitious sustainability goals and to attract investments needed to recycle the 90% of plastics that aren’t recycled today. Like artificial turf. 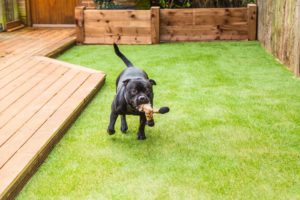 So instead, used turf is shipped more than halfway across the country (Stanford –> Houston = 1,900 miles.)

This story was told recently by Robert C. Lapsley, president of the California Business Roundtable, on the nonpartisan/nonprofit news site CalMatters.org.

He laments the fact that California likely won’t be able to take full advantage of advanced recycling opportunities and that these facilities will sprout up elsewhere.

“California should be home to similar facilities, equipped with the technology to transform a wider range of old plastics like artificial grass back into the basic building blocks of new products. In a state with 4 million acres of water-hungry lawns, reclaiming and reusing artificial grass is just common sense.”

It is really unfortunate that California likely won’t ride this developing wave of recycling that reduces our reliance on fossil resources and helps drive down greenhouse gas emissions. Brand companies are going to need all the tools in the shed to meet their commitments to use recycled plastics, including advanced recycling. California could help them. 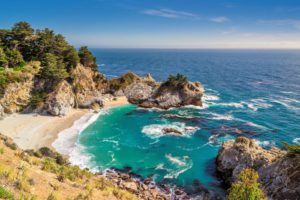 This story is not about beating up on California. I love the Golden State and visiting its vineyards and stunning coastline. (Although my Southwestern sensibilities will not allow me to cheer for their sports teams. 😬)

But we should marry sustainability policy with smart, innovative technologies that can help. While it can be difficult to discern in the startup/buildout phase, new technological advances really can jumpstart progress. I believe that advanced recycling is one such technological leap.

It would be great to have the world’s fifth largest economy on board. The sheer weight of California’s leadership could spur welcome progress toward the sustainable reuse of plastics. It would be… groundbreaking.

America’s Plastic Makers will continue to collaborate with California lawmakers to accelerate circularity in the state. One sure way to make progress would be to connect state policy to technology and recognize all forms of advanced recycling.

From Turf to Turf. And Back Again. Advanced Recycling Tackles Synthetic Turf

Advanced Recycling is Propelling the U.S. Economy toward a Sustainable Future by Curbing Plastic Waste