From Turf to Turf. And Back Again. Advanced Recycling Tackles Synthetic Turf

Wouldn’t it be great if we could readily recycle artificial turf? Well, by linking chemistry and engineering, a few companies have proposed a solution.
| October 4, 2022

Ever wonder what happens to synthetic turf after it’s worn out?

If you play or watch sports, you’re likely seeing more and more synthetic turf fields. This high-tech, durable yet soft plastic “grass” has enabled year-round play, even in nasty weather. And it’s in growing demand these days.

While some synthetic turf is repurposed in batting cages and ground cover, most eventually winds up in landfills.

Wouldn’t it be great if we could readily recycle this stuff?

Well, by linking chemistry and engineering, a few companies have proposed a solution.

A large maker of synthetic turf called TenCate Grass is teaming up with ExxonMobil to recycle 50 aged turf fields from high schools and colleges. Most are from California including one from Stanford University. The turf will be shipped to a southern California facility and shredded.

Now here’s where it gets really cool. The shredded turf is delivered to Texas where a company called Cyclyx prepares it for recycling. Then ExxonMobil processes the turf in its advanced recycling facility in Baytown, near Houston. The company’s technologies break down the turf into raw materials that can be made into brand new plastic. 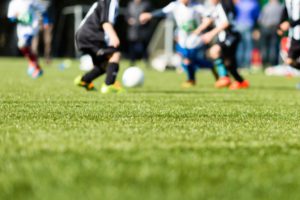 And this process can be repeated. Old turf can become new turf, again and again, in a circular loop.

The company’s advanced recycling technologies contribute to the circularity of plastic while reducing greenhouse gas emissions compared to the conventional manufacture of plastic.

But wait: Wouldn’t it be better to recycle the turf in California instead of shipping it halfway across the country? Read on.

Following this initial phase, TenCate plans to expand the initiative across the U.S. And ExxonMobil is expanding its capacity in Baytown and beyond: Plans are underway for up to a billion pounds of advanced recycling capacity annually by year-end 2026. Across multiple sites, globally.

Plus, ExxonMobil is only one of multiple companies using advanced recycling technologies to remake plastic. And having Cyclyx as a partner can help immensely. Its stated mission is to increase the recycling rate of plastic from 10% to 90%. 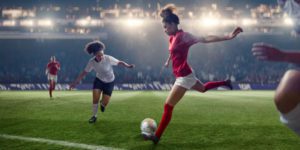 So as these advanced recycling facilities multiply, our nation hopefully won’t have to ship plastic turf from California to Texas to be recycled.

BTW: California could make it easier on recyclers and the environment by updating its out-of-date regulations that discourage advanced recycling facilities in the state.

Advanced recycling has enormous potential, even with just this one product: turf. With enough synthetic turf installed in the U.S. to pave LAX airport – nearly twice – recycling it would make a healthy contribution to sustainability. And help pave the way to recycle much more plastic. 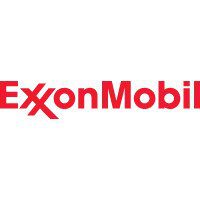 A Decreasing Footprint: A Review of Resin Life Cycle Assessments